The Nobel Committee has at times tarnished the sanctity of the peace prize by awarding it to terrorists, warmongers, mass murderers and human rights violators. 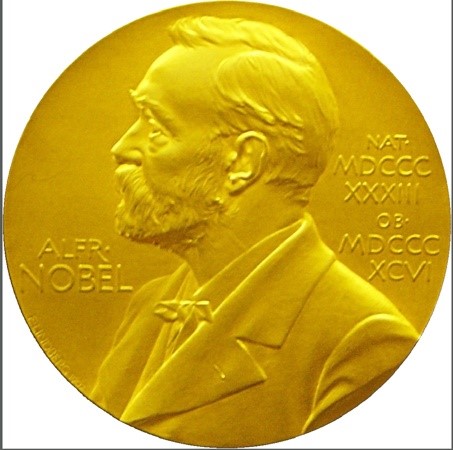 Out of 215 individuals and 103 organizations nominated for this year’s Nobel Peace Prize, it was awarded to ICAN ‒ the International Campaign to Abolish Nuclear Weapons. According to the Nobel Peace Prize Committee, “The organization is receiving the award for its work to draw attention to the catastrophic humanitarian consequences of any use of nuclear weapons and for its ground-breaking efforts to achieve a treaty-based prohibition of such weapons.”

By honouring ICAN with the prize, the committee has adhered to the intended purpose of the award which, as stated in Nobel’s will, should be awarded to individuals and institutions that “have done the most or the best work for fraternity between nations, for the abolition or reduction of standing armies and for the holding and promotion of peace congresses.” Unfortunately, this has not always been the case.

Since the first Nobel Prizes were awarded in 1901, peace prizes have been perhaps the most controversial of all the Nobel prizes. The endless controversies surrounding the prize stems not only from the ambiguity of the concept of peace on this war-torn planet, but also from the increasing geopolitical pressure that influences the selection of the recipients.

The 1991 Nobel Peace Prize winner Aung San Suu Kyi’s refusal to stop the genocide and ethnic cleansing of the Rohingyas by her proxy government, the Myanmar Army, in the country’s Rakhine state begs the following questions: How noble are the Nobel Peace Prize winners? In choosing the recipient(s), does the Nobel Prize Committee comply with the rules as outlined in Nobel’s will?

Not everyone who wins a Nobel Peace Prize is undeserving. However, the committee more often stretched the interpretation of the rules by giving the prize to people with despicable pasts, or who have gone on to launch wars or escalate them after receiving the prize. Listed below are some of the most controversial peace laureates of the last fifty years.

Leading the pack of the not so noble Nobel laureates is the U.S. Secretary of State Henry Kissinger, who condoned the 1971 genocide in Bangladesh and was instrumental in the ouster of the Chilean President Salvador Allende in favor of the military dictator Augusto Pinochet. He shared the 1973 prize with North Vietnam’s Le Duc Tho for negotiating the truce that ended the Vietnam War. Ironically, at the time of the award, Kissinger was spearheading the carpet-bombing of neighbouring Cambodia, which killed hundreds of thousands of innocent people.

Le Duc Tho declined the award, one of the two laureates ever to do so, saying “peace has not yet been established.” The other was Jean-Paul Sartre, who too declined the 1964 Nobel Prize in Literature because, according to him, “all the honours he may receive expose his readers to a pressure I do not consider desirable.”

Four years after sharing the Nobel Peace Prize with Egypt’s Anwar Sadat for their Camp David peace accord, Israeli leader Menachem Begin, once a member of the terrorist organization Irgun, ordered the invasion of Lebanon in 1982. Sadat was no saint either. He was a ruthless dictator who used the state’s security apparatchik to silence his opponents, including Mohammed Heikal, a distinguished journalist of the Arab world and editor of Egypt’s leading newspaper Al-Ahram.

Begin’s terrorist compatriot Yitzhak Rabin and the man responsible for developing Israel’s nuclear weapons arsenal, Shimon Peres, shared the 1994 prize with the Palestinian leader Yasser Arafat, often dubbed as the Father of Modern Terrorism, for signing the Oslo Accords. Two years after the award, Peres was responsible for the Qana massacre in Lebanon. Needless to say, the Oslo Accords have not brought a lasting settlement to the Arab-Israeli conflict. The conflict still persists with the merchant of death Benjamin Netanyahu using weapons of mass destruction to kill women, children and unarmed civilians.

South Africa’s F. W. De Klerk, a staunch supporter and practitioner of apartheid, won the prize in 1993 for his role in the abolition of the apartheid laws. This racist bigot shared the prize with Nelson Mandela, an international emblem of “dignity and forbearance” who, in the fight to emancipate his people from white minority rule, served 27 years in prison.

The award given to Barack Obama in 2009 just nine months after taking office as the President of the United States is a reflection of the committee’s penchant for giving out peace prizes over expectations, and not results. By the time Obama came to Oslo to collect the prize, he had ordered the tripling of U.S. troops in Afghanistan, stepped up missile strikes and significantly extended the use of drones in the war against terrorism. The drone strikes in Afghanistan, Pakistan, Yemen, Libya, Somalia and Syria have killed more civilians than terrorists. After receiving the award, he was engaged in more war than his predecessors. Surely, Obama didn’t turn out to be the kind of peacemaker the committee had anticipated.

One of the biggest blunders in the history of Nobel Prize is the prize that never was. Although nominated five times between 1937 and 1948, Mahatma Gandhi, the epitome of non-violent struggle, has not been awarded the honour, not even posthumously. According to the Nobel Committee, they could not find a “suitable living person” deserving of the prize in 1948, the year of Gandhi’s death.

Under the rules governing the award of the Nobel Peace Prize, there was nothing to preclude the posthumous conferral of the award. In 1974, the rule for posthumous award has been changed to “work produced by a person since deceased shall not be given an award,” unless death has occurred after the announcement of the Nobel Prize. Yet, in 2011, Ralph Steinman, who died three days prior to the announcement, was awarded the prize for medicine.

The Nobel Committee, which rarely concedes a mistake, eventually acknowledged that not awarding the Nobel Peace Prize to Gandhi was a mistake. When the prize was awarded to the Dalai Lama in 1989, the chairman of the committee atoned for the mistake by saying that this was “in part a tribute to the memory of Mahatma Gandhi.” What a joke!

Coming back to Aung San Suu Kyi, in 1991 she was portrayed by the Nobel Committee as the champion of “non-violent struggle for democracy and human rights,” applauded for her “courage in the face of tyranny,” hailed as Myanmar’s Mandela and called a Gandhi-type leader by many. Today, her bewildering silence and “complicity in the deadly tyranny being visited on the Rohingya” show that she is an ignoble Nobel laureate engaged in crimes against humanity. She belongs in the refuse heap of history.

The Nobel Committee has tarnished the sanctity of the peace prize by awarding it to terrorists, warmongers, mass murderers and human rights violators. The committee also has a propensity to award the prize to the Most Valuable Player of the season. It doesn’t wait until the player has been inducted into the Hall of Fame, or like Suu Kyi, into the Hall of Shame. Moreover, the award to Kissinger, whose hands are stained with the blood of Cambodians and Vietnamese, proves that the driving force behind the committee’s decision is not always the word “peace.”

The writer, Quamrul Haider, is a Professor of Physics at Fordham University, New York.

1 thought on “How noble are the Nobel Peace Prize winners?”

This is a text widget, which allows you to add text or HTML to your sidebar. You can use them to display text, links, images, HTML, or a combination of these. Edit them in the Widget section of the Customizer.
%d bloggers like this: