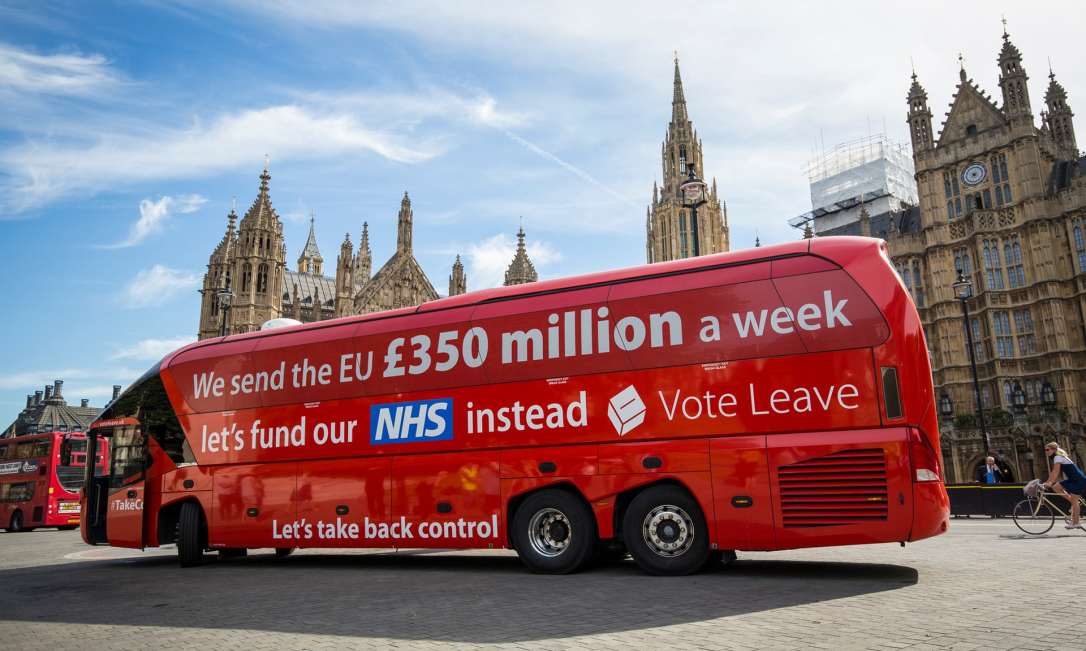 The word ‘democracy’ came into English from Greek words demos meaning ‘the people’ and kratos meaning ‘the rule’. The joined-up word, democracy, thus defines ‘the rule of the people’. A system of governance, using what is called ‘direct democracy’, was invented by the Greeks more than two and half thousand years ago when every piece of legislation was voted by eligible Athenian voters. However, this eligibility excluded women, slaves and people who had not completed military services. That left only 20% of the population to have the benefit of the ‘direct democracy’.

That form of democracy became eventually the blueprint for democracy adopted round the world with some alterations, modifications and qualifications to suit socio-economic and political imperatives of the land. In the UK, the system is called ‘parliamentary democracy’, where parliamentarians elected directly by the people are responsible to formulate and pass legislation. Thus, the system is, what is known as ‘representative democracy’. In almost all the countries of the world, which operate ‘democratic’ systems, there are single or multiple layers of election processes.

Whatever the process, the system is fraught with shortcomings, inadequacies and downright failings of the original spirit. Bernard Crick in his book ‘Democracy’ commented, “If there is one true meaning of democracy, then it is indeed, as Plato might have said, stored up in heaven; but unhappily has not yet been communicated to us”.

Plato, the great Greek philosopher at the time when democracy evolved in Greece, detested intensely the system that was practised. To him, that was the rule of ‘opinion over knowledge’. The British sociologist of the last century, Beatrice Webb, said that if we are talking of justice and of good governance, then we are talking of multiplicity of concepts, values and practices which never remain the same. It cannot be the ‘multiplication of ignorant opinions’.

This ‘multiplication of ignorant opinions’ is what is passed on as democracy now. Democracy should not be considered as sacrosanct, particularly the way it is being practised now. Plato sensed that calamity lies at the heart of democracy as it is likely to be abused, and may lead to tyranny and subjugation.

In his book, The Republic, Plato described several stages of democratic process, where the system could be abused and manipulated. In a segregated and differentiated society, the process would invariably turn tribal and societal discord would be aggravated. The leaders elected by sectarian support would be alienated from the majority of electorates and would impose punitive measures to enforce sectarian interests and views, which may create dissent, dissatisfaction and may lead to revolution, bloodshed and subjugation. Even if violent overthrow can be averted, the leaders would be isolated from a large section of the voters and the leaders would take steps to protect themselves from large sections who voted for them. Gradually the government would lose support of majority of the people, become oppressive and tyrant in order to maintain power.

Plato’s concern (as well as Socrates’) was not far-fetched at all. One can see it has great resonance even in the modern society of today, nearly two and half thousand years later. In the majority of countries in the world, ‘democracy’ is used only as a badge of honour for the country, but then invariably abuse it in its implementation. In highly autocratic countries, democracy is used as a shield to deflect any criticism, whereas in other countries, it is used to legitimise its rule. Basically, it is used as a smokescreen.

But probably nowhere the system is more blatantly abused than in Britain and America. In both of these countries, the ruling class claims to uphold a true form of democracy, but, in reality, nothing can be furthest from the truth. In Britain, it is claimed to have the ‘mother of parliamentary democracy’; whereas in America, liberty, freedom, human rights, which are the key attributes of democracy, are proclaimed to be upheld. But neither of them can truly justify them.

Take America in the first instance. Donald Trump came into power by propagating racist, xenophobic, bigoted messages; he stoked up peoples’ prejudices and shamelessly polarised the society. A multi-billionaire Trump projected himself as the champion of the downtrodden underclass of the society. He averted paying hundreds of millions of dollars as taxes by using tax advisers, and then his propaganda machinery projected him as a clever guy to avoid tax. He stands against all decent and moral rectitude, and he is blindly followed by “a basket of deplorables who are racist, sexist, homophobic, xenophobic, Islamophobic bunch”. If this is what democracy produces, then vulgarity could be a preferred option.

Britain is no better than America in its track records. In the EU referendum last year (23 June 2016), the Leave camp had persistently used blatant lies, deception and misrepresentation to persuade ignorant voters to vote for Leave. £350 million per week extra for the NHS; stopping millions of EU workers streaming into the UK; maintaining sovereignty of the British parliament; rejecting unelected EU legislators etc. and many more were the slogans for the Brexiters. Each one of these was a lie and mendacious presumption. But the election commission, advertising ombudsman etc., in general the administration, was unable to stop such lies. ‘Mother of parliamentary democracy’ went in a coma.

Even more pertinent point is that despite 651 democratically elected representatives in the British parliament, why and how could they have relegated their responsibilities on such a vital issue to decide whether or not to remain within the EU to the general public? Is that not an abject failure of the system? If this was beyond the intellectual capabilities of the elected representatives, how reliable is the democratic system to pick up competent legislators?  How can the presumed legislators even imagine that the illiterate and semi-literate general public comprising factory workers, farmers, fishermen, shop workers and shop keepers, plumbers, roofers etc can make a better decision? Have they all lost their senses?

The fact was that the referendum process was hoisted on to the public by the internal squabbles of the Tory party. The previous Tory party leader had to agree to have a referendum under duress from the Eurosceptic Tory political agitators. When the referendum came, the vile instincts of the Eurosceptics burst out into open to stir up fear and prejudices of the ignoramus people. Lies, deception, xenophobia, bigotry, innuendos and all other vile instincts that run counter to the spirit of democracy had been played out.

Democracy cannot survive in ignorance, illiteracy or moral degeneracy. When honesty, decency, morality etc. are divorced, democracy takes leave too. As Franklin D. Roosevelt famously said, “Democracy cannot succeed unless those who express their choice are prepared to choose wisely. The real safeguard of democracy, therefore, is education”.

No matter how loudly Brexiters shout, “Brexit is the will of the people”, if the voters had been fed with misinformation, fear and prejudices, the outcome is bound to be anything but sensible. When over a million people ‘Google searched’ the word ‘EU’ a day after casting vote on the EU referendum, one can say that there was something grossly wrong. Democracy had been massacred in the referendum. Sir Winston Churchill said, “The best argument against democracy is a five-minute conversation with the average voter”.

–  Dr A Rahman is an author and a columnist

This is a text widget, which allows you to add text or HTML to your sidebar. You can use them to display text, links, images, HTML, or a combination of these. Edit them in the Widget section of the Customizer.
Loading Comments...
%d bloggers like this: