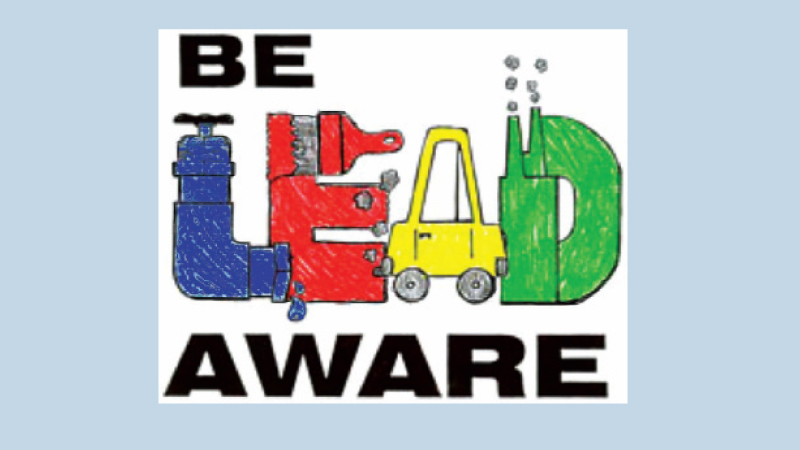 Lead is one of the most useful minerals in modern industrial societies. We have used it for over 3,000 years. Despite its usefulness, lead is a highly toxic substance. Since we have been using it for millennia, we have been exposed to its toxicity for millennia as well. It was only in the second half of the 20th century we became aware of the dangers of lead.

Lead is everywhere. It is in our food, water, air and soils. Thus, no one is free from this potentially toxic metal. Non-ferrous smelters and plants manufacturing lead-acid batteries for motor vehicles are the most significant contributors of lead to the atmosphere. Other sources of lead in the environment are human activities, in particular, mining and, in some countries, the continued use of leaded gasoline and aviation fuel.

Another source of lead in the air is particulates from lead-based paint manufactured before 1978 and used for painting the interior and exterior of houses, playground equipment, farm machinery and toys. However, because of health concerns, lead from gasoline and paints has been dramatically reduced in recent years.

For almost all of us, food tops the list of lead content. Lead in the food chain comes mostly from direct deposit from the air to plants and from livestock eating these plants. Lead on the plant cannot always be completely removed by washing or other processes. As a result, many foods contain very small amounts of lead. We also ingest lead from the seam soldering of food cans. There could be lead in drinking water, too. The source is lead pipes often found in older homes.

Household items such as jewellery, hair dyes and some cosmetics may contain lead. In addition, Ayurvedic and traditional Chinese medicines, stained glass, candy, drinking glass made of crystal and improperly fired glazed pottery may contain unsafe levels of lead. Acidic liquids such as tea, coffee, wine and juice can break down the glazes, thereby causing lead to leach out of the pottery and enter our body. Although rare, some older pieces of china may contain lead which can leach out too from the surface of the dish and get into foods and beverages.

The US Food and Drug Administration found lead chromate – a chemical added to turmeric root to give it a vibrant yellow colour, in turmeric powder made in Bangladesh and India. Recently, high levels of lead were also found in samples of milk powder imported by Bangladesh.

Lead gets into our body by being inhaled, swallowed, or in a small number of cases, absorbed through the skin. Once lead gets into our system, most of it ends up in the bone and interferes with calcium the bones need. In the bloodstream, lead can damage red blood cells and limit their ability to carry oxygen to the organs and tissues that need it, thus causing anaemia.

Which age-group people are vulnerable to lead poisoning? Lead does not discriminate based on age, gender, race, or economic level. Children are, however, most susceptible to lead poisoning in part because they absorb more in the intestines. Toxicity of lead will increase if the child is malnourished or has iron deficiency. Even unborn babies are not spared from the harmful effects of lead. If a pregnant woman has an elevated level of lead in the blood, the lead can pass from her blood to the blood of the foetus, causing damage similar to the problems associated with postnatal lead exposure. It also increases the risk of her giving birth to a mentally-challenged child.

High-level lead exposure can cause numerous neurological disorders, including fatigue, headache and muscular tremor. It may also reduce one’s appetite, causing clumsiness, and result in a loss of memory. These symptoms are a consequence of damage caused by inorganic (metallic) lead in the brain and spinal cord. Organic lead (compounds containing lead and carbon) may cause a number of psychological disorders, including hallucinations, delusions and overexcitement, and may lead to death.

Lead exposure can also affect the nerves that arise from the brain and spinal cord. The most common symptom in individuals exposed to high levels of lead is weakness of extensor muscles, which cause the joints to open. On a cellular level, lead destroys the insulation of nerve cells. This may explain the reduction in nerve-impulse speed commonly seen in patients who have been exposed to high levels of lead.

Lead also damages the kidneys, causing a disturbance in the mechanisms that help us conserve valuable nutrients, for instance glucose and amino acids that might otherwise be lost in the urine. Prolonged high-level exposure causes a progressive buildup of connective tissues in the kidney and degeneration of the filtering mechanisms that separate wastes from the bloodstream.

What are the symptoms of lead poisoning? Unfortunately, there are no obvious symptoms. The ones shown by children appear to mimic those of cold or flu – decreased appetite, stomach aches, hyperactivity, sleeping problems, irritability, etc. The only way to diagnose lead poisoning is by having a blood test. A level of 10 microgrammes per decilitre of lead or greater in the bloodstream is considered unsafe. At levels above 40 microgrammes per decilitre, serious psychological and permanent health damage may occur.

No safe blood lead level in children has been identified. Nevertheless, for children 1-5 years old, Centres for Disease Control (CDC) in the USA has set a threshold value of five microgrammes per decilitre.

Treatment for lead poisoning varies depending on how much lead is in the blood. Small amounts often can be treated by a detox process in which a synthetic solution called EDTA is injected into the bloodstream. The solution binds with lead and then discharges through urine. The treatment cannot reverse any damage that has already occurred. Hence, the best way to avoid lead poisoning is to reduce exposure to it.

The writer, Quamrul Haider, is a Professor of Physics at Fordham University, New York

1 thought on “Toxins We Ingest: Lead”

This is a text widget, which allows you to add text or HTML to your sidebar. You can use them to display text, links, images, HTML, or a combination of these. Edit them in the Widget section of the Customizer.
%d bloggers like this: