A ‘banana state’ or ‘banana republic’ is generally perceived to be a state where the government is blatantly dysfunctional, wobbly and very vulnerable; the politicians, particularly of the ruling party, become self-serving, corrupt and utterly negligent to national interests; national economy becomes dependent on foreign capital and investment (often American’s exploiting local conditions) and relies on few agricultural products, particularly banana (hence the name ‘banana republic’); the weather is warm that makes its people subservient and docile. Britain now satisfies, for all intents and purposes, most, if not all, of these criteria. 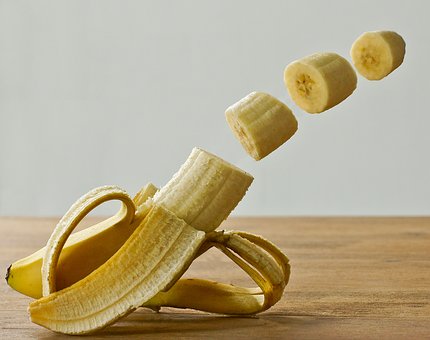 Let us examine these four criteria sequentially. The present government under the premiership of Theresa May is distinctly dysfunctional and wobbly. Boris Johnson, the arch-Brexiteer and a loose cannon of zero intellect, used to dish out national policies on the hoop when he was the foreign secretary. His motive was that the government would find it extremely difficult to ditch ideas, however useless or dogmatic, of the foreign secretary. The Democratic Unionist Party (DUP) of Northern Ireland having only 10 MPs had to be bought over by Theresa May for the staggering sum of one billion pounds to prop up her knife-edge administration in parliament. Now Jacob Rees-Mogg, ex-hedge fund manager and presently the leader of the so-called ‘European Research Group’ (ERG) (a shameful pressure group financed by foreign donors) and viscerally anti-European and arch-Brexiteer, is the back-seat driver and vicious sniper to the prime minister. He sets terms for the prime minister and tries to control the Brexit policy on the strength of 50 or so Tory MPs in the ERG. The government can hardly be more dysfunctional and vulnerable due to such crooked self-serving bigoted MPs.

The government exists with all the paraphernalia of ruling the country, but without any strategy, mission or vision. It relies on anti-European hysteria, snappy slogans, and populist narratives. When Theresa May came to power within a month following the most disruptive and destructive EU referendum in 2016, she said at the steps of 10 Downing Street that her government is going to work for everyone, she will prioritise ‘not the mighty nor the wealthy nor the privileged but the working people’, she boastfully (rather beastly) declared ‘Brexit means Brexit’. These were nothing but cheap political slogans, just as typical banana republic politicians would resort to. She is in power but not in authority.

Even more stark demonstration of the banana republic is the egregious pronouncement of promises by ministers, even by the prime minister and other powerful politicians of the ruling party. These promises are made to get support of the general public (in election, in referendum etc) but knowing very well that these promises are only empty words, just bluffs to the public. These promises are not achievable and the politicians would get away without being made accountable.

Politicians of Britain have become self-serving, tribal and opportunistic, relegating national interests to nonentity. David Cameron, the prime minister between 2010 and 2015, had to give in to the demands of right-wing xenophobic imperialist elements of his party and produced ‘Bloomberg Speech’ in 2013, where he promised to give a referendum to the public by 2017 regarding UK’s continued EU membership. It was the most self-indulgent disruptive promise made to satisfy the rogue elements of his party at the expense of national interests. Self-interests and tribalism cannot go deeper than this.

After David Cameron’s announcement of the EU referendum on 23 June 2016, political jostling, tribalism, lies and deception all broke loose. Boris Johnson, the then MP and ex-Mayor of London (elected twice), along with Michael Gove, the then secretary of state for justice, Ian Duncan Smith, the then works and pensions secretary and many more politicians of the ruling party gave fictitious and egregious promises to the general public and the deplorable, illiterate and semi-literate public clung on to those promises. They promised to put back additional £350 million per week to the NHS, if UK leaves the EU. ‘The future is bright’, ‘take back control’ (from Brussels), ‘British Parliament is sovereign’, no more ‘unelected representatives’ would make our laws, etc were the thunders of these self-serving dogmatic opportunistic politicians. They also fabricated millions of phantom immigrant Turks waiting outside the borders to come to the UK, if UK remains in the EU. Although all of these pronouncements were blatant lies, the Electoral Commission was impotent to put a stop to the falsehood and the referendum proceeded with these lies.

Barack Obama in the dying days of his administration tried to warn British public of the consequences of leaving the EU. But then the Brexit politicians led by Boris Johnson and Michael Gove screamed loudly complaining against ‘American interference’ in British internal matters. But when Donald Trump interfered only a few days ago and advised the prime minister, in no uncertain terms, to leave the EU without a deal and sue the EU, the Brexiteers found nothing wrong in that! Tribalism and racism are obviously deep rooted in Brexiteers minds.

America had aggressive stance towards other states right from the end of the WWII. America, Britain and Russia, the victorious Allied Powers, were at par in 1946. But then as decolonisation proceeded, Britain started to decline in political, economic and military spheres and America started to step in with ‘ethical and moral’ flags in those countries to fill the vacuum. Very soon, America ditched those moral pretence and started outright domination of those countries and became de-facto masters of these countries.

All American and British governments since WWII had tried to gloss over this ‘tilted special relationship’ until the reality television show presenter and street brawler Donald Trump spilled the beans. He explicitly told British prime minister to break off ties and negotiations with the EU (as he declares EU is America’s foe) and start negotiations with America, even though America recently imposed 25% tariff on British steel. The ‘special relationship’ has in effect become a master-servant relationship. If America manages to prise Britain out of the EU, its dominance over Britain, in economic and political fields, will be permanent. Britain’s ‘banana republic’ status will become rock-solid, similar to other banana republics in the Caribbean.

While America is pulling Britain to subservience, there is a very strong bunch of xenophobic imperialist Tory politicians who are hallucinating of bringing back the second era of British colonialism and ‘rule Britannia’ status! Boris Johnson went to India, Myanmar and other ex-colonies deluding that he would get the reception and imperial status of colonial foreign secretary. Liam Fox, Brexit international trade secretary, claimed that making a trade deal (probably with ex-colonies) is the easiest thing in world history! However, in over two years as the international trade secretary he managed to get not a single trade deal! Banana republic ministers are all puff and froth, no substance.

The last but not the least aspect of banana republic is the warm weather. The warm weather has both positive and negative aspects. The positive aspect is that it somehow helps to produce a good football team. A team when nobody, not even the team players themselves, expected to perform well, they went as far as the semi-final in the world cup in Russia this year. It may be that the warm weather makes human joints more supple and flexible, muscles stronger and resilient than they would otherwise be the case!

However, there is a negative aspect of the warm weather. People become mentally blank and vacuous; they lose their capacity to critically analyse issues. Otherwise, how could millions of people take Boris Johnson’s imbecile comment that the ‘future is bright’ for the UK (on leaving the EU) to be true, when the economy is undoubtedly going to suffer very adversely? How could people become so emotive and bigoted when Nigel Farage showed a photo of long queue of migrants to assert that they were all waiting to come to Britain? People lose their basic human sense in the warm weather and that probably makes them behave like lambs?

It is a shame and highly deplorable that a great power like Britain with educated mass can so easily be persuaded by populist and bigoted politicians to cause such a self-harm to satisfy the interests of these dogmatic politicians by voting to leave the EU. This Brexit is likely to be, unless halted immediately, the sharp decline of British power and become a ‘banana state’.

– A Rahman is an author and a columnist.

2 thoughts on “Is Britain heading towards a ‘banana state’?”

This is a text widget, which allows you to add text or HTML to your sidebar. You can use them to display text, links, images, HTML, or a combination of these. Edit them in the Widget section of the Customizer.
Loading Comments...
%d bloggers like this: